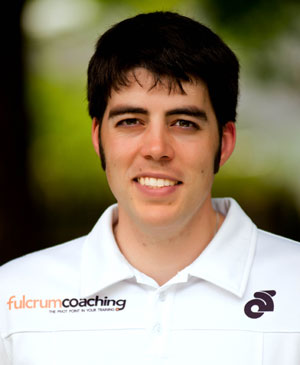 Dan was born and raised in St Louis, Mo. Since 1998, when he landed his first bike shop job, Dan’s  life has revolved around bicycles.
Dan started road racing in 1999. He has raced extensively  throughout the Midwest and Mid-Atlantic regions of the United Stated, including two seasons of racing in the United States Mid-West Collegiate Cycling Conference for the University of Missouri-St Louis cycling team where he was also served as the president. Dan used  powermeters intermittently since early 2002 and has trained exclusively with power since 2005. He currently races in the Mid Atlantic region as a Category 3 on the road, Category 2 for cyclocross, and in the Sport class for mountain biking.

Dan received a Bachelor of Arts degree in communications from the University of Missouri-St Louis and is working towards his Master of Science in Applied Performance Physiology from Eastern Michigan University.

He received his USA Cycling Level 2 (formerly Expert) certification in November 2006 and his USA Triathlon Level 1 Certification in April of 2007.
He is also a Serotta International Cycling Institute (SICI) and a Fit Institute Slow Twitch (F.I.S.T.) certified bicycle fitter.  He does all of his fitting using the Dartfish motion capture system.

Dan is the owner and president of Fulcrum Coaching. In 2004 he began  informally coaching a few friends and quickly realized how much he enjoyed helping them improve. Using this experience as a stepping stone, he launched Fulcrum Coaching in 2006.

Whereas some coaching companies take a cookie-cutter approach to their clients, placing everyone on virtually identical training plans, Dan takes pride in treating each client’s training on a case-by-case basis to ensure everybody is in the best position to reach their goals. He understands that life commitments, such as work and family, are the biggest barriers to training and works with you to find the appropriate balance. Dan coaches clients interested in road racing, triathlon racing, mountain bike racing, cyclocross racing, and recreational riding.

He lives in Southern Maryland with his wife Kate, their 2 daughters, and their 2 needy cats.